Ricky L. Morgan, ASNT Fellow, MInstNDT, ASNT NDT Level III, AWS CWI, ICC SSW) attended Purdue University and Miami University (Middletown, Ohio) from 1979–1983 immediately following graduation from Madison High School. In 1983 Morgan choose to serve his country and joined the US Army as an 11H Infantryman. He completed his obligation to the US Army, ending his term of service as an E-5/ Sergeant. He later acquired a degree in marine technology from the College of Oceaneering.

Morgan has over 32 years of inspection and NDT experience. He is the vice president of FlawTech America since May 2018. Prior to his current position, he served as technical director of NDT and welding for Smith Emery Company from February 2016 to April 2018. Morgan established Morgan Inspection Solutions in November 2013 to January 2016, which serviced the fabrication and bridge industries. He had served Smith Emery Company since 1994 as special inspector, lead structural steel inspector, and the technical operations director–Asia. He was involved with some of Smith Emery’s most interesting and challenging projects, including Disney’s Galaxy’s Edge, the San Francisco–Oakland Bay Bridge, and fabrication inspection at ZPMC in Shanghai, China, for the Las Vegas High Roller, the World’s Largest Observation Wheel being erected in Las Vegas.

Previously, Morgan served as general manager for Muldoon Marine Services. He began his career at Ronald Nisbet Associates, where he served as lead field technician. He holds or has held various professional certifications in NDT, welding, International Code Council, L.A. City and County Building Inspections, and more. He is a widely published author and presenter of numerous professional industry articles and presentations, and has held many officer and board member roles for ASNT, up to and including chair at both the local and national level.

Morgan currently holds ASNT NDT Level III certification in MT, PT, and UT. He is a Certified Welding Inspector with endorsements in structural drawings and high strength bolts through the American Welding Society and was a Certified High Strength Bolting and Structural Steel Inspector through the International Code Council in the past. He has additional specialized training in phased array ultrasonics and the electrochemical fatigue sensor (EFS).

Morgan is a Fellow of ASNT, as well as a past Chairperson of the Board of Directors. Currently he is a technical reviewer for The NDT Technician and member of the Technician Advisory Committee, vice chair/ secretary for the Ultrasonic Committee, and past chair and current member of the Ground Penetrating Radar Committee. He has been an instructor of ultrasonic classes at Don Bosco Technical Institute and sits on the Student Advisory Board for the Material Science Department. He is currently on the Board of Directors for AATA (American Aerospace Technical Academy), a not-for-profit organization providing NDT training to veterans and underrepresented individuals in NDT.

He received the Technician of the Year Award from ASNT in 1998, his Fellow in 2003, the Mentoring Award in 2009, and received the Phillip D. Johnson Honorary Member Award in 2016. Morgan is also a member of the American Welding Society, BINDT, and the American Legion. He has also been a member of American Institute of Steel Construction, International Code Council, American Railway Equipment & Maintenance Association, and the Society of Port Engineers in the past. 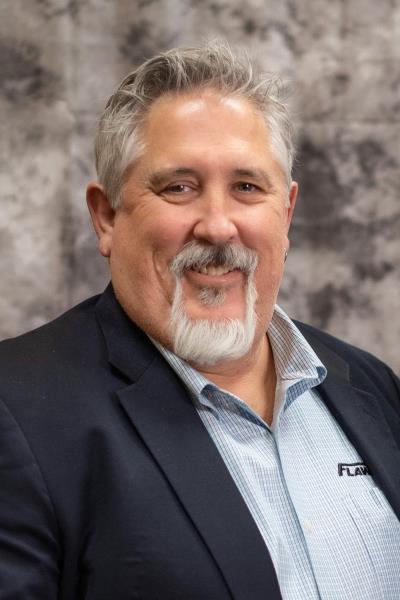