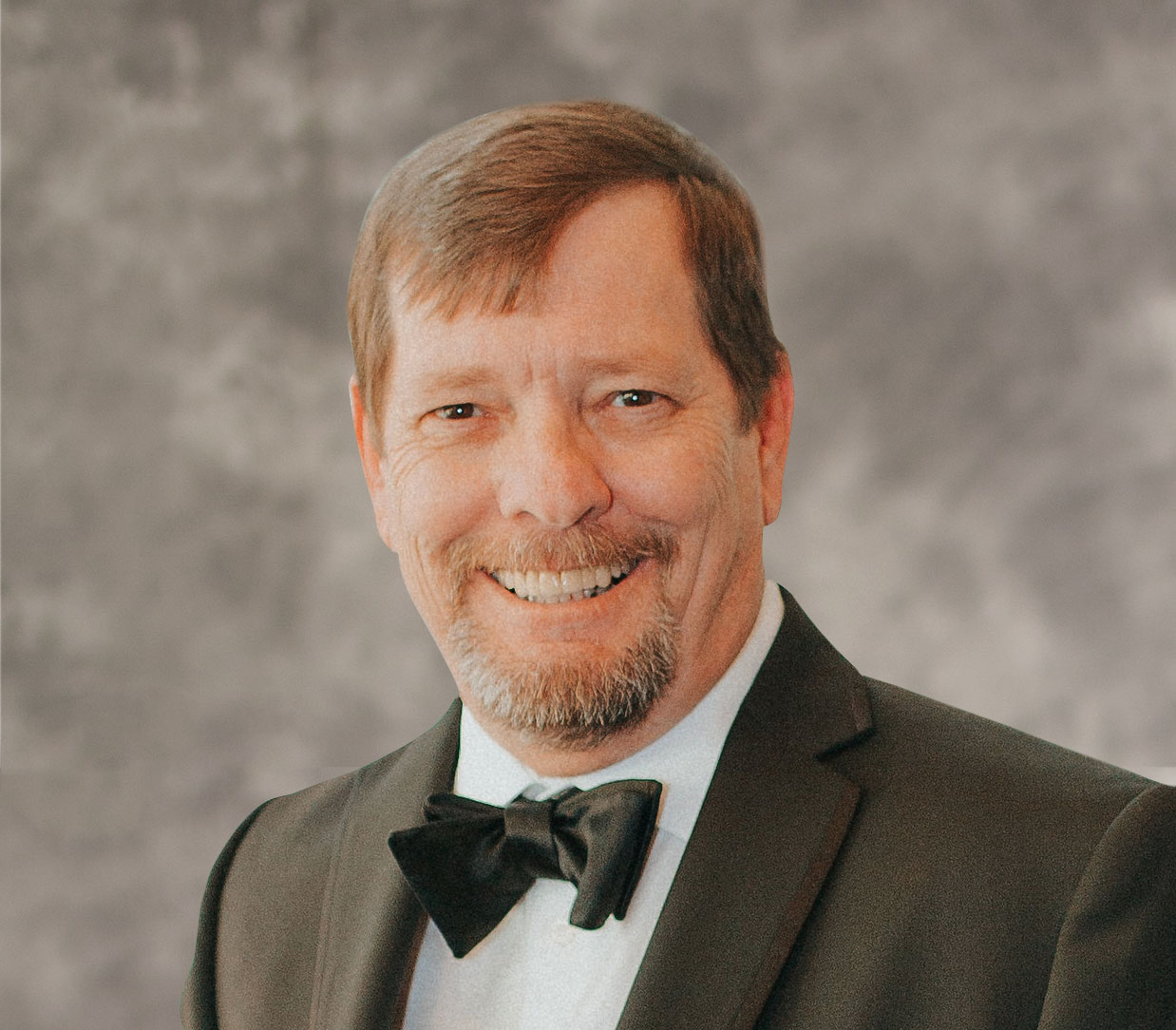 Scott P. Cargill, ACCP Level III in RT, MT, PT, UT, and VT, has volunteered and served ASNT for over 10 years. Most recently, he is the immediate past Chairperson of the Board and is a very active member of the Certification Management Council, in particular working with the Industrial Examination Radiography Safety Personnel group of experts. Cargill has shown commitment to the Society and its members and has helped lead the Society along its path of establishing itself as the world leader in NDT. Cargill is well versed, having worked in many of the industries and sectors that our Society serves – aerospace, petrochemical, and structural. He has more than two decades performing various tasks, of which he counts teaching and training the many trainees, assistants, and ACCP Level Is and IIs as the most rewarding. 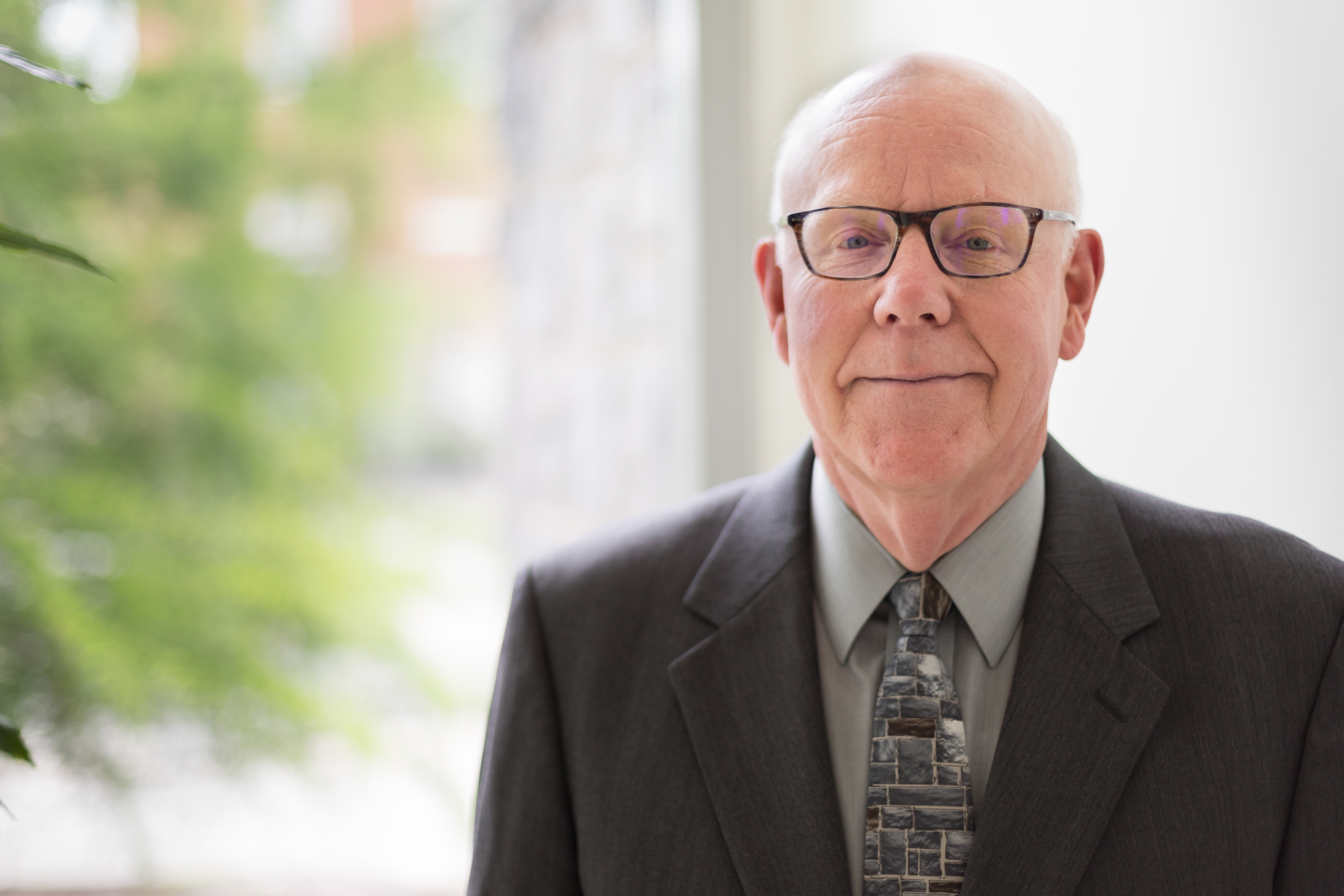 Dr. John C Duke, Jr and graduate students he has mentored, have pioneered a number of developments:

In addition, John has throughout his career advocated for NDE Engineering Education within colleges of engineering, having served as the ASNT Society Observer on the Accreditation Board of Engineering and Technology, as early as 1991. He chaired the Academic Curriculum Committee of the old Education & Qualification Council which developed the original Fellowship Grant Program along with the original Faculty Grant Program to support NDE education at ABET accredited Colleges of Engineering. More recently he has been active with the formation of the Engineering Division and most recently the Engineering Council within it the NDE Engineer Education Committee. He has for the past 11 years been an outspoken advocate for a new engineering design paradigm which explicitly includes consideration of nondestructive inspection and structural monitoring during the planning and design phase for assets where structural integrity is critical; 2009.

Throughout John’s association with ASNT he has endeavored to support members both students and colleagues pursue their career objectives, through encouragement to take on leadership roles, nominations for awards, and letters of recommendation. 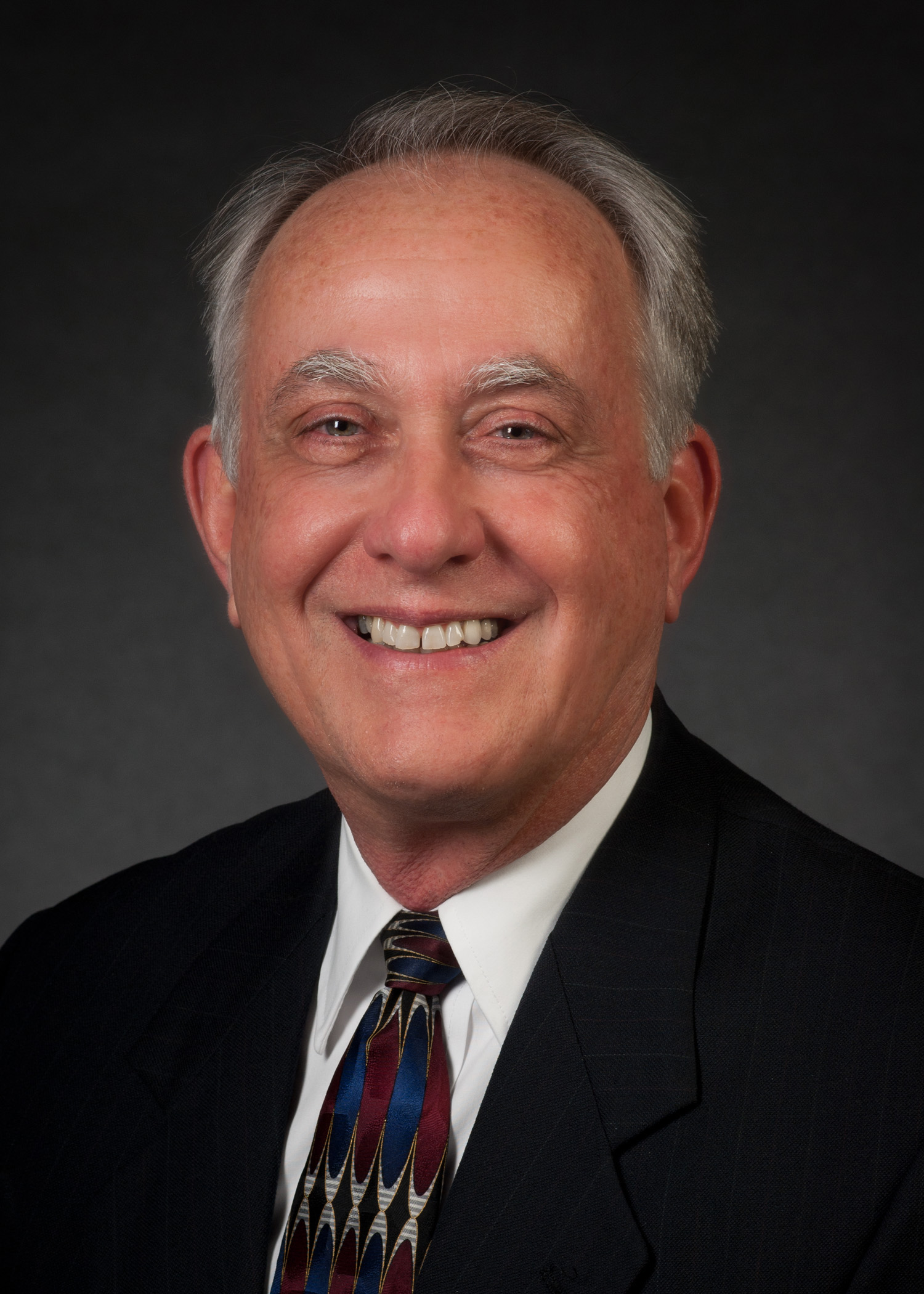 Roger Engelbart began his 47-year nondestructive testing (NDT) career as a radiographic technician in the aerospace industry. He holds a B.S. in metallurgical engineering from Missouri University of Science and Technology and an M.S. in mechanical engineering/materials science from Washington University in St. Louis. Engelbart is currently an Associate Technical Fellow in nondestructive evaluation with Boeing Research & Technology, focusing on the development of inspection methods for aircraft advanced materials and structures. He holds more than 50 US and international patents in NDT technology. He has been responsible for executing technology transfer and research programs with Boeing’s international customers. This role has taken him to numerous countries, providing him the opportunity to communicate with international users of ASNT certifications and services while learning about the shared interests between ASNT and other NDT societies.

Engelbart has been an ASNT member for 32 years, holds ASNT NDT Level III certifications in five methods (MT, PT, RT, UT, and VT), and was selected as an ASNT Fellow in 1989. He has served as a board member, committee chair, secretary, treasurer, vice chair, and chair of the St. Louis Section; he worked with a member group in 2005 to help revitalize the Section. He currently serves as Section chair. Nationally, Engelbart has completed a previous three-year term on the ASNT Board of Directors as Director at Large, and from 2011–2015, he served as Secretary/Treasurer, Vice President, President, and Chair of the Board. He served five years on the Board of Directors Selection Committee and chaired it twice. He has served as secretary, vice chair, and chair of the Research Council, and currently chairs the Technical & Education Council (T&E). He also chairs the Industry Division of T&E, the Engineering Council’s Industry Committee, and the Aerospace Committee. He has served for 11 years on the Governance Committee, in addition to terms on Audit, Business and Finance, International Ad Hoc, Nonfinancial Recognition, and Operations Committees. He has chaired numerous conference technical sessions; he is the co-founder and technical program co-chair of the ASNT topical conference “NDE of Aerospace Materials & Structures,” which was launched in 2008. He is a member of the British Institute for Nondestructive Testing (BINDT) and the American Society for Testing Materials (ASTM) Committees E07 (NDT) and F42 (Additive Manufacturing).

Engelbart sees open sharing of the Society’s direction as one of ASNT’s greatest assets. He has been active both as an e-Mentor and as a participant in the Research Symposium’s Student Mentoring Program; he believes that the Society has been very creative in developing programs to reach out to young people to educate them about the field of NDT. Society leaders should also seek to encourage, mentor, and develop promising volunteers for national involvement. Engelbart feels ASNT should continue its international outreach and its advocacy for the integration of newly trained inspectors into the workforce through internships and entry-level positions that help them to build their certifications. 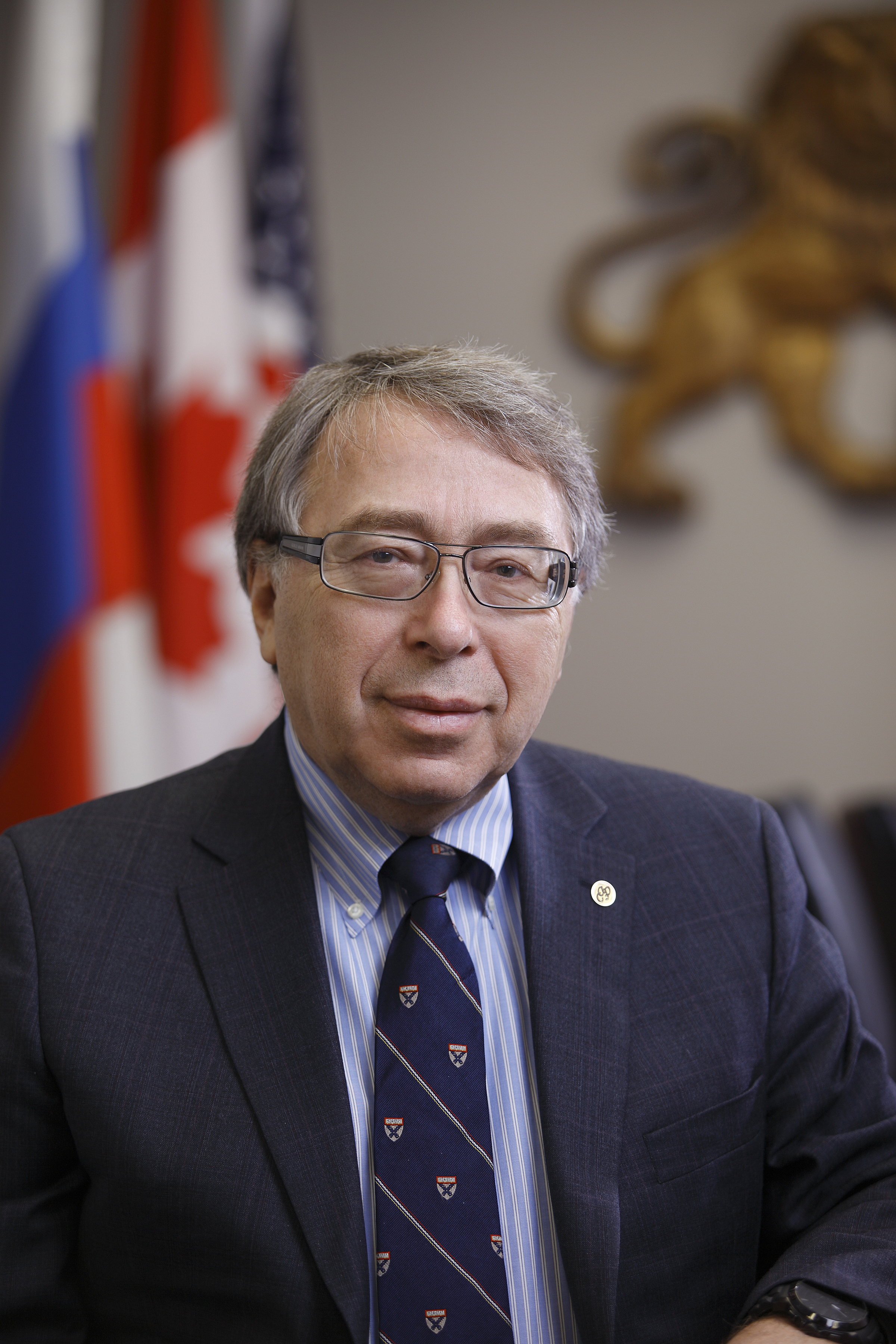 Dr. Roman Gr. Maev is the founding Director-General of the Institute for Diagnostic Imaging Research, University of Windsor - a multi-disciplinary, collaborative research and innovation consortium established with the goal to create a leading S&T centre in imaging research in Southwest Ontario. The Institute was formed in 2008 by the Ministry of Research and Innovation which provided an initial research investment.

Dr. Roman Gr. Maev is a world-renowned expert in Acoustic Microscopy. The extraordinarily diverse range of disciplines encompassed by Dr. Maev includes theoretical fundamentals of physical acoustics, research in ultrasonic and nonlinear acoustical imaging, the theory of propagation of waves through layered structures, nanostructural properties of advanced materials and its analysis. Actually, he has served on the Nano Ontario Board of Directors since 2012.

Dr. Maev was among the first who started developing advanced multi-modal nondestructive methods for analyzing and advanced material characterization of various nature and structures objects using different methods and instrumentations including High-resolution Ultrasonic and Air-Coupling Acoustic Imaging, IR, Thermal and Microwave imaging, X-ray and XRF-Spectrometry, the Holographic Radar Imaging systems, etc. Dr. Maev is the author of 6 monographs, editor of 7 books, and authors of 8 chapters in books, he has published over 500 peer-reviewed items, issued 25 patents and has 21 patents pending (filed).

Dr. Roman Maev is a recipient of many national and international awards for his innovations, research discoveries and inventions. He is a Fellow of IEEE and Distinguished IEEE Lecturer, as well as a Fellow of the British Institute of NDT, the Canadian Institute of NDE and RONKDT. In 2018, Dr. Maev was the recipient of The Roy Sharpe Award in recognition for his outstanding contribution to NDT by the British Institute of NDT. Following, in 2019, Dr. Maev based on his scientific contributions was elected as an Academician of the Russian Academy of Sciences.

The success of Dr. Maev and his Canadian Research Institute demonstrates the uniqueness of this research and the growing successful relationship between Industry and Academia and important for the future progress of academic and applied fields. Since beginning his academic research in Canada, Dr. Maev has received over $36 million in support from various industrial partners and government agencies. 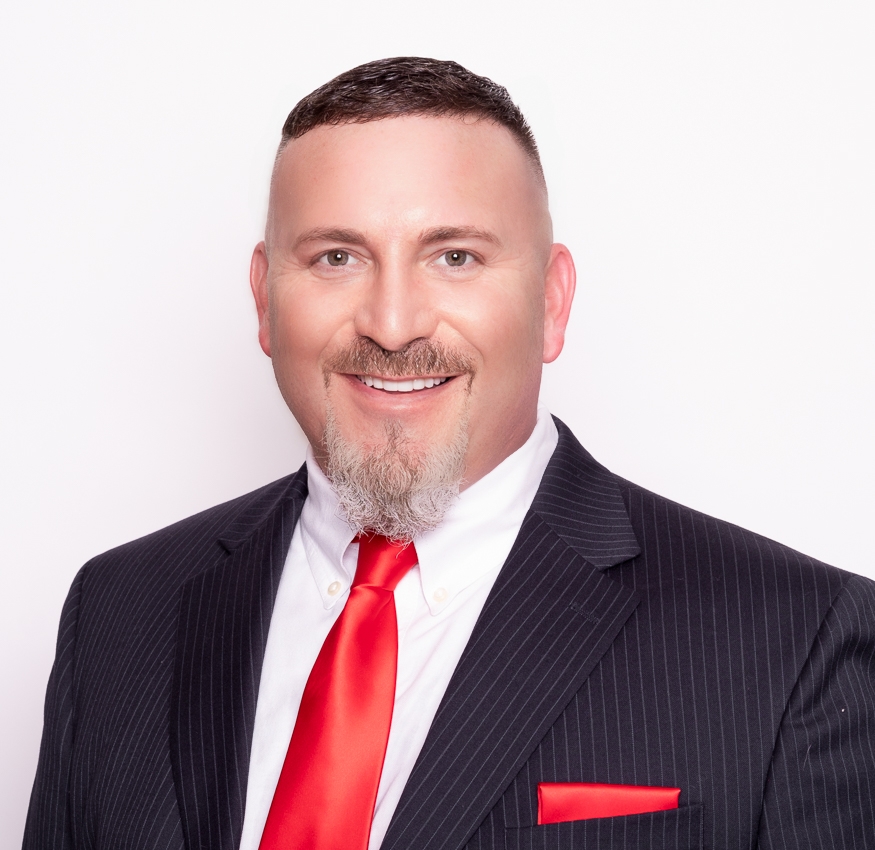 William (Scott) Rose is the Responsible Level III and Radiation Safety Officer for Pratt & Whitney at the Dallas Airfoil Repair Operations Center. He is an ASNT Level III in MT, PT and an NAS-410 Level III in RT (Film/CR/DR), VT, PT, UT, MT, and certified in Computed Tomography and Nital acid etch inspection. He is also a certified AS9110 Lead Auditor and holds OSHA professional credentials.

Scott began his career in 1998 in Prudhoe Bay Alaska working in the oil fields, offshore drilling platforms and refineries. After 7 years working in Alaska, Scott moved to Houston, Texas to expand his experience by working with subsea ROVs, bridge construction, water towers, storage tanks, the fracking industry and in oil and gas refineries. In 2010 Scott transitioned into the Aerospace industry where he continued to expand his NDT knowledge while working for Triumph Aerostructures, Bell Helicopter and currently with Pratt & Whitney. Scott has admiration and appreciation for his past and present mentors. This has motivated him to give back to the industry by becoming a mentor himself. Scott is a volunteer for the ASNT mentorship program, and was referenced in the April 2020 edition of the “NDT Technician”. Scott is known by his team at Pratt and Whitney as a proponent for knowledge, constantly encouraging his NDT Inspectors to continually enhance their education. He leads by example and does all that he can to make enrichment classes available to them at all times. Scott is dedicated to support the education programs of our next generation of NDT talent. He is an advocate for mentorship with local colleges and universities. His passion and drive for student success has even welcomed those under his mentorship full time employment opportunities in aerospace and his place of work.