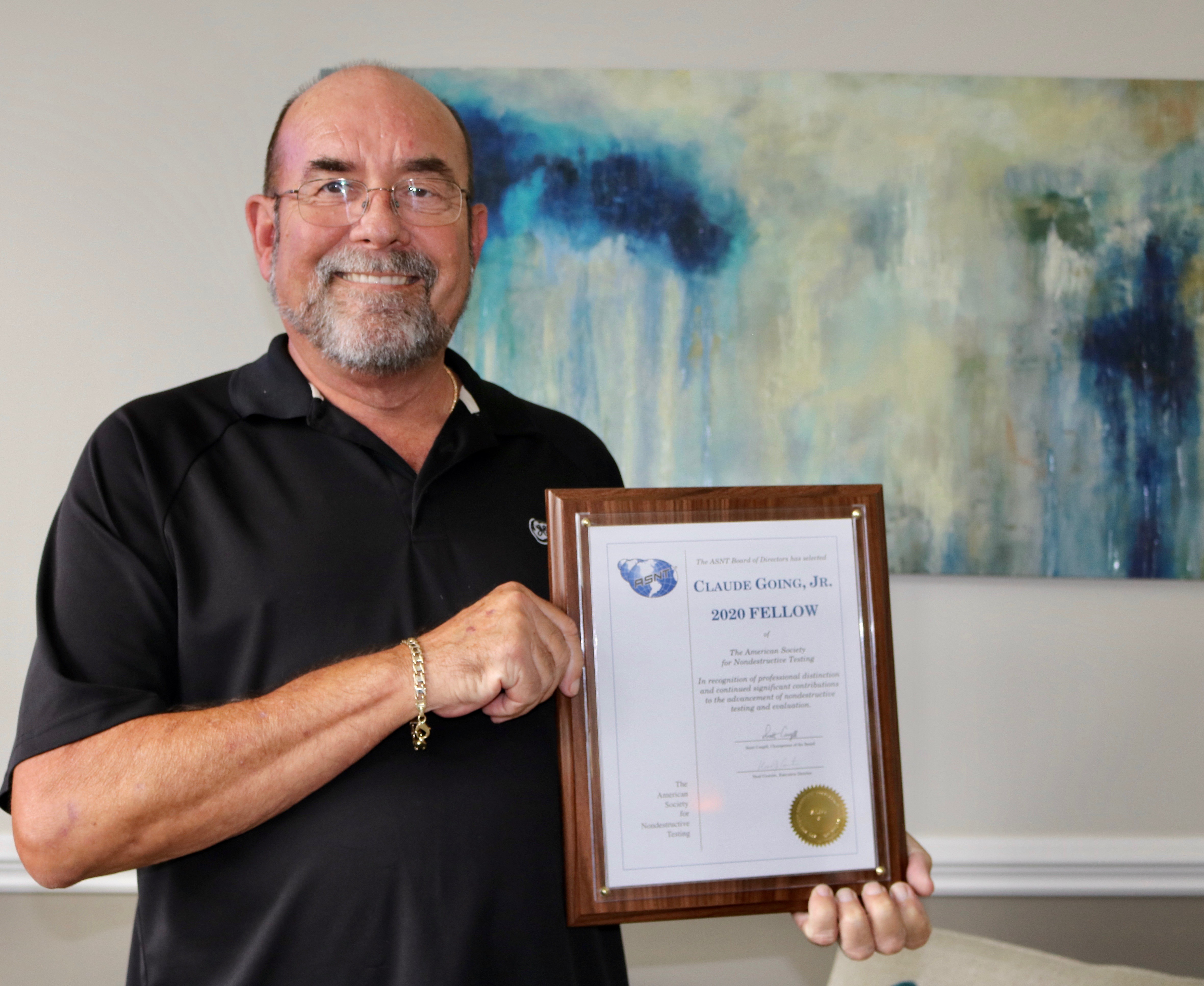 Mr. Going is an esteemed aerospace Nuclear industry veteran with more than 42 years of expertise in nondestructive materials examination.

After a year as a military policeman, Mr. Going was offered an opportunity to cross-train, and ranked his preference between three specialties. He was assigned non-destructive testing, In 1986, Mr. Going became certified by the American Society for Nondestructive Testing in radiography, ultrasonic, penetrant, and magnetic particle methods, and he obtained a certified welding inspector credential from the American Welding Society. Leo served as Treasuy, Secretary, Vice-Chairman, Chairman and Board Director for the Central Florida Section of ASNT.

Throughout his career, Mr. Going has been recognized for his innovations in materials and safety. During his time at the Kennedy Space Center, he was presented with two NASA Group Achievement Awards for his work on the IEA Harness Team and for his work in the development of materials testing standards and techniques. Currently, Mr. Going flourishes as a senior nondestructive examination engineer for General Electric, a position he has held for ten years.

A lifelong supporter of scouting and fraternal organizations, Mr. Going is active in the National Eagle Scouts Association of the Boy Scouts of America, the Oathkeepers Association and the National Rifle Association. Passionate about the impact that adult mentors can have on the lives of children, he dedicates his time as a volunteer counselor for the Boy Scouts of America. A Boy Scout since childhood, he attributes much of his professional success to the values and independence that he learned from scouting. Looking toward the future, Mr. Going hopes to retire in order to devote his time to traveling and working with community safety initiatives benefiting youth and the elderly.