The North Carolina Student Section held its beginning of semester meet and greet meeting on 20 August in the nondestructive testing (NDT) lab at the Harper campus of Central Piedmont Community College. The meeting allowed the new and continuing students to get to know one another and gave the new students the opportunity to become acquainted with the Section officers and how the Section operates. Thirty-four students, faculty, and guests enjoyed pizza and sandwiches provided by Ivory Wilson, senior recruiter for the nuclear power visual inspection section of the NDT program. The meeting was a huge success with senior students offering their help to the newer students and the Section officers outlining the needs for the eighth annual George Pherigo Memorial Golf Tournament that took place on 24 September. The meeting was enjoyed by all.

The Saudi Arabian Section held its second technical dinner meeting for the fiscal year 2015–2016 on 10 August at the Carlton al Moaibed Hotel in Al Khobar, Saudi Arabia. The Section-sponsored meeting was attended by 51 members and guests.

Section Chair Fathi E. Al Qadeeb welcomed everyone and made announcements, including about the Level III exams to be held 4–5 December. Anyone interested is instructed to contact M.J. Anjum. Al Qadeeb also spoke on the 7th Middle East Nondestructive Testing Conference that occurred in Bahrain 13–16 September. 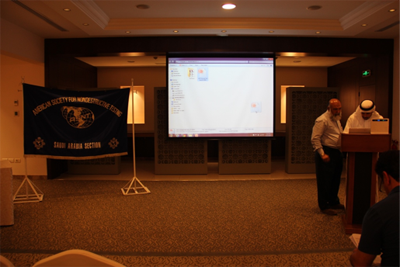 The North Carolina Student Section discussed the annual George Pherigo Memorial Golf Tournament at its August meeting. The importance of the tournament was explained as the proceeds go toward sending students to the ASNT Annual Conference. 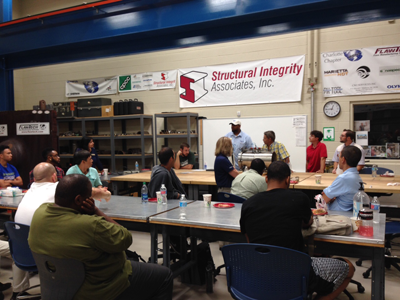