On 11 November, 13 members of the Chicago Section attended a tour of the Chicago Bridge & Iron Co. (CB&I) facility in Plainfield, Illinois. The featured speaker for the evening was Dick Poirier, senior engineer and manager of proposals and project development. Poirier has worked for CB&I for more than 40 years and has a broad range of experience in numerous types of projects in the bridge, oil, gas, ships, nuclear and hydroelectric industries. He reviewed the history of the company and showed various projects worldwide that had been designed and constructed by CB&I.

Brian Laite, welding engineer and responsible Level III for CB&I, gave a tour of the welding lab, which is able to mimic any welding process used by suppliers, as well as the nondestructive testing (NDT) area and metallurgical laboratory. Laite demonstrated CB&I’s latest digital X-ray equipment and automated ultrasonic tank weld scanners. The tour group also enjoyed a catered dinner organized by Chuck Johnson, of Karden Sales & Consulting, Inc., a supplier of NDT equipment and supplies located in Lake in The Hills, Illinois. 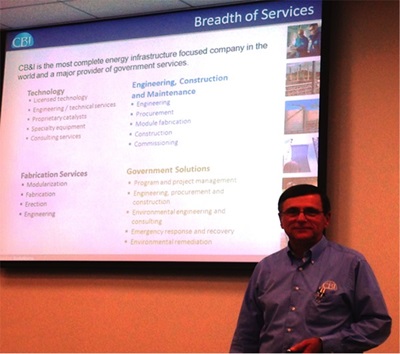 Each year during its December meeting, the Greater Houston Section throws a Christmas party, and this year was no exception, with 113 members, spouses and friends in attendance. Everyone enjoyed a buffet style meal prepared by Brady’s Landing restaurant. During the meal, 85 door prizes were awarded in a traditional raffle-style drawing. Special thanks go out to Amy Hoyt for spearheading the door prizes.

The typical fee for dinner was waived for anyone who brought an unwrapped toy to be donated to the U.S. Marine Corps Reserve Toys for Tots Foundation, which is a program that collects new, unwrapped toys during October, November and December each year and distributes the collected toys to less fortunate children in the community. There were more than 96 toys donated this year. 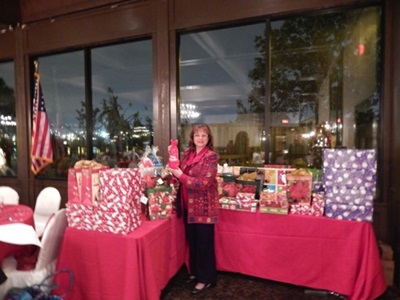 The Hampton Roads Section celebrated its 50th anniversary as a Section on 7 December. The celebration was held at Embassy Suites in Hampton, Virginia. Twenty-six members and guests were present, including ASNT Chair of the Board Ray Morasse, Regional Director William Via, Charter Member Roger Wallace and ASNT Past President Robert Hardison.

The celebration started with a social hour and slideshow of pictures from the past, and continued with dinner and more socializing. Awards and recognitions were also given out. 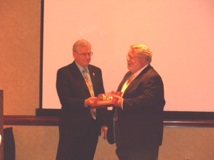 During the meeting of the Hampton Roads Section, ASNT Chair of the Board Ray Morasse (left) presented a plaque to Bill Via for his efforts as regional director.

The Kuwait Section held a technical meeting at the Hotel Al Manshar Rotana hotel in Fahaheel, Kuwait on 30 November. There were 40 members and guests in attendance. The meeting began with remarks from Regional Director Marwan Basrawi and was followed with a presentation from D.M. Tripathi, of Alghanim International General Trading & Contracting Co., W.L.L. His presentation, titled "Introduction to NDT," covered the 15 nondestructive testing methods described in SNT-TC-1A (2011), specifically RT, UT, MT, PT, VT, ET and AE. The event was sponsored by Mahatta Trading Co., W.L.L. and O&G Engineering Co., W.L.L.

The New Orleans Section hosted 28 members and guests at its 19 December meeting held at La Maison Creole in Harvey, Louisiana. Scheduled speaker C. Cringle, who was supposed to speak on "Quality Control at a Manufacturing Facility," had to cancel. As the speaker was not available, attendees used the opportunity to hold a free discussion regarding the state of nondestructive testing in the industry and region. The Section would like to thank the meeting sponsors, Gulf X-Ray Services, Inc. and ND3, LLC/AccessRules, for providing a nice holiday get-together.

The Old Dominion Section held a social gathering at the home of Past Chair Thomas B. Munson and his wife, Judy Munson, on 6 December. Everyone enjoyed the good food, drinks and company. Special guests for the evening were Chair of the Board Ray Morasse and his wife, Wendy Morasse. 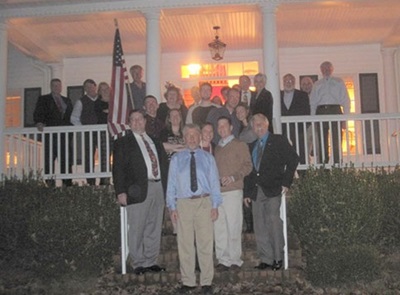 Approximately 25 members and guests attended the December meeting of the Old Dominion Section.

The 12 December technical meeting of the Pacific Northwest Section was held at Razzis Pizzeria in Seattle, Washington, with 16 members in attendance. The evening’s presentation was by Brett Mohr, of UE Systems, Inc., who spoke on "Ultrasonic Leak Detection." Dinner was served prior to the presentation. UE Systems, founded in 1973, is a manufacturer of airborne/structure borne ultrasound instruments. A Starbucks gift pack of select coffee was presented as a speaker’s gift after the interesting presentation.

The San Diego Section hosted a meeting on 3 December at the Best Western Seven Seas hotel, with 34 members, guests and vendors in attendance for a spouse/companion night and Christmas white elephant gift exchange.

The guest speaker for the meeting was Michael Grubb, crime laboratory director at the San Diego County Sheriff’s Department crime laboratory. The crime laboratory performs analyses on more than 20 000 cases per year for the police agencies within San Diego County. The crime lab has units for crime scene forensic biology (DNA), trace evidence, firearms examination, controlled substance analysis, forensic alcohol, questioned documents and latent prints. Grubb provided his interpretation on destructive testing and nondestructive testing in the crime lab arena. He also provided insight into an investigation he called suicide masquerading as a homicide. This was a high profile case that made national attention including the Dr. Phil television program. Grubb’s talk was very informative and resulted in several questions posed.

The Saudi Arabian Section held its sixth technical dinner meeting for the fiscal year 2013–2014 on 16 December at the Dhahran Palace Hotel, in Dhahran, Saudi Arabia. The meeting was attended by 127 members and guests and was sponsored by the Section.

Section Board Chair Mohammad A. Al Salih started off the meeting with a welcome and announcements. He mentioned the upcoming Section Level III exams in April. He also mentioned the Section’s Gold level status in the President’s Award Program, which was received by M.A. Abu Four and M.J. Anjum during the 2013 ASNT Annual Conference held in Las Vegas, Nevada. Anjum was additionally recognized as a Diamond Recruiter during the Conference.

After the announcements, Al Salih invited Section Chair Abu Four to start his presentation on the subject of "Corrosion Detection and Monitoring using Advanced NDT Techniques."

After the presentation, the usual question and answer session was held and an appreciation plaque was given to the speaker. During the last part of the meeting, door prizes were distributed to the raffle winners. Afterward, all those present enjoyed a buffet dinner. 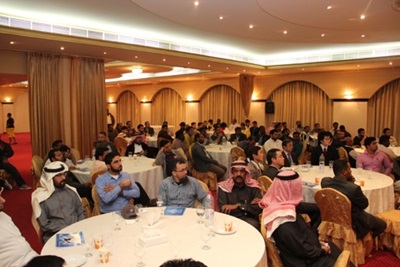 A large audience turned out for the December meeting of the Saudi Arabian Section technical dinner meeting.

The November meeting of the Kuwait Section included recognition of Section growth, information on the ASNT NDT Level III exams to be held in April, the release of the first Section e-newsletter, and a technical presentation. The evening concluded with a buffet style dinner. 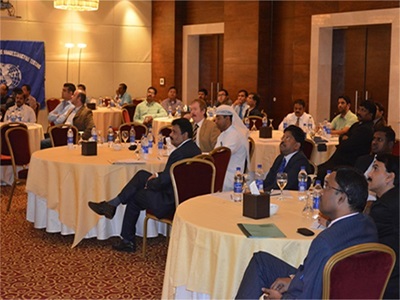 Members of the Kuwait Section met at the Al Manshar Rotana hotel at the end of November for a refresher on testing methods.