The Chicago Section met on 14 January at Mack’s Golden Pheasant restaurant in Elmhurst, Illinois, with 21 guests and members present. The speaker for the night was ASNT President Raymond Morasse. Morasse’s topic was “ASNT Focus on 2013.” He discussed the organization of ASNT with the various departments and their responsibilities. The beginnings of the Society were traced from the American Industrial Radium and X-Ray Society starting in 1941 with nine members to the more than 13 000 today. ASNT has revised its website and Facebook page and has approximately 20 000 visitors a week. The new website has a nondestructive testing resource center and will allow each individual member to have an ASNT address.

Awareness of ASNT has increased through education programs, scholarships, career and science fair participation, science teacher workshops, and vocational and technical school contacts. Development of online training is also being planned. Conference attendance continues to be strong. Morasse highlighted upcoming conferences: the ASNT 22nd Research Symposium in Memphis, Tennessee, and the ASNT Annual Conference 2013 in Las Vegas, Nevada. E-mentoring continues to provide significant outreach, as do the 608 corporate members. International membership has grown at a phenomenal rate and is at 42% while the U.S. membership is at 58%. Both individual and corporate memberships increased in 2012.

The Section met again on 11 February at Mack’s Golden Pheasant restaurant, this time with 15 members and guests in attendance. The speaker for the evening was Ray Thomas, the director of SonoLab, a division of Sonoscan, Inc., of Elk Grove Village, Illinois. Thomas has been with Sonoscan for 23 years. He presented on the use of high frequency immersion scanning of materials and components using the patented C-SAM scanning system. The technology is widely used in acoustic micro imaging analysis of electronic integrated circuit packages as well as in other materials such as medical devices. Thomas’s talk included a well-illustrated tutorial, which presented the means of scanning and how data is extracted from these scans. The technique is used as a qualitative and quantitative tool on solder joints and wafers in microelectronics, polymers, bonded joints, graphite epoxy composites, metal tube to polymer bonds and in surface profilometry.

C-SAM can also scan and evaluate materials in various modes. The C-scan mode uses pulse-echo and through-transmission, particularly for delaminations and porosity. The R-scan mode is used primarily to image a cylindrical object such as a tube. The image is unrolled and presented as flat. The patented Virtual Rescanning Mode and frequency domain imaging measures the reaction to a single frequency. This is used in flip chip and wafer applications. Bulk scanning is used to focus on voids and determine depth accurately. The surface profilometry technique displays different distances from the transducer in varying colors to represent the surface waviness or peaks and valleys. 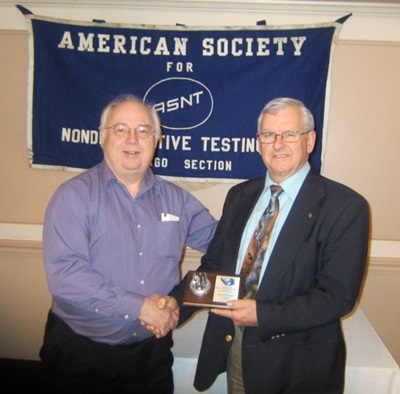 The Connecticut Yankee Section celebrated its 30th anniversary by honoring past chairs in a “Revitalize the Section” meeting. It was held at the Groton Elks Lodge, in Groton, Connecticut, with 24 members and guests in attendance. The guest speaker was the Section’s first chair, Charles J. Hellier, founder of Hellier Technical Training and Consulting, now a principle in the Summit Group, LLC. Hellier showed slides of the Section’s early years, spoke on the challenges and the excitement that existed and recalled the names of those who had an impact on his life. Eight past chairs were present and received deck prism replicas, honoring their service to the Section.

Honored guests for the evening were past Section chairs; Betsy Blazar, from ASNT headquarters; and Section member spouses. A round of introductions was followed by a door prize drawing where prizes from the sponsors were given out.

The speaker for the evening was Willard Morris, from Imperium, Inc., who presented the company’s ultrasound camera, which was developed to make high-resolution, real-time C-scan video presentations. The audience was captivated by the presentation, which showed the image of a scanned quarter and the definition produced by the machine. 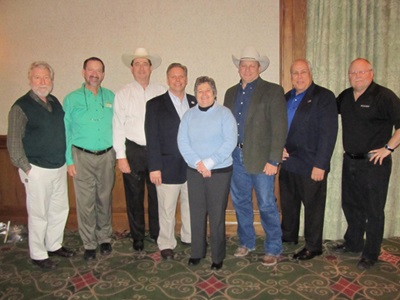 On 12 February, the Hampton Roads Section met at Peking International Buffet, in Hampton, Virginia. Fourteen members were in attendance. Richard Senn, of Scientific Technical, Inc., provided an interesting presentation on “Destructive Testing for Procedure Qualifications.” The presentation detailed testing techniques and some requirements based on specifications. In attendance were guests from the local American Welding Society section. 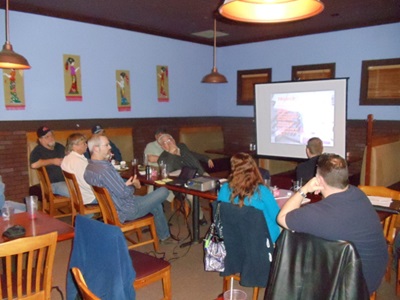 Members of the Hampton Roads Section listened to a presentation on destructive testing at their February meeting.

The Kuwait Section held a meeting on 26 January, with 11 attendees. The Section Committee Chair began by welcoming everyone and going over the proposed meeting agenda. Section Officer Farukh Nasim presented an informative technical talk on SNT-TC-1A (2011) and ANSI/ASNT CP-189 (2011). Nasim explained that the presentation could be useful for those candidates preparing for the ASNT NDT Level III Basic examination.

Section Chair Nayef Al-Enezi reminded everyone of the Level III exams, which were conducted 8–9 February. 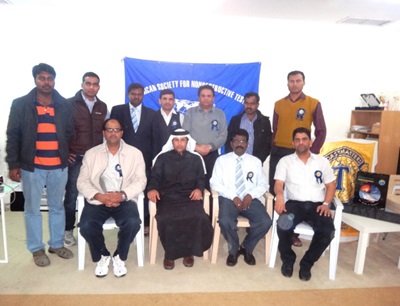 The Kuwait Section met at the end of January to discuss industry standards.

At the conclusion of the meeting, Section members were informed that their next meeting would be a tour at the Electric Power Research Institute facilities in Charlotte, North Carolina, on 1 March. 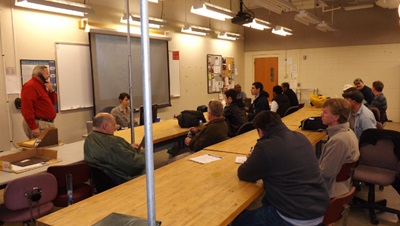 The North Texas Section met on 21 February at Ernie’s Seafood Restaurant in Fort Worth, Texas. There were 19 members and guests present to hear guest speaker Ray Cosgrove give a presentation on the topic of “Random Science and Information from the YouTube Generation.”

Cosgrove is the quality manager and responsible Level III for NDE Labs, Inc., in Benbrook, Texas, where he has been employed since his graduation from Texas A&M University in 1985. Cosgrove is also the web designer/maintainer and an officer for the Section.

Cosgrove’s presentation was lighthearted but very informative. The Section was introduced to websites that were extremely applicable to its jobs and to nondestructive testing in general. Members also learned about where, on the internet, they could find instructional videos to use for training purposes. The presentation was fun, interesting and well received. 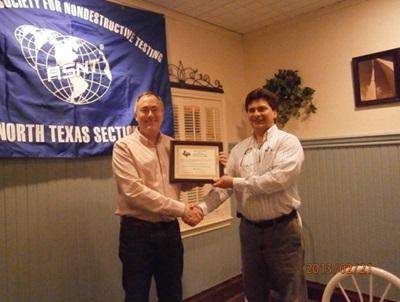 The Saudi Arabian Section held its seventh technical dinner meeting for fiscal year 2012–2013 on 28 January at the Carlton al Moaibed Hotel in Al Khobar, Saudi Arabia. The Section-sponsored meeting was attended by 86 members and guests.

Section Board Chair Mohammad A. Al Salih began the meeting with a warm welcome and announcements. He mentioned the Level III exams, held 6–7 April, for which there were 120 testing applicants.

After the presentation, 10 prizes were distributed among the lucky raffle winners. Afterward, members enjoyed an excellent buffet dinner served by the Carlton Al Moaibed Hotel.

The Southern Africa Section had something special to celebrate at its first meeting of 2013 on 16 January. Section Vice Chair Pat Garland presented Chair Ben Beetge with a certificate of recognition for the valuable contribution he has been made to the Section and the Society with his leadership. The committee managed to keep the whole event a secret from Beetge, who was totally overwhelmed when he received the award. Beetge thanked all present for their wonderful support and congratulated them on being a fabulous committee. He explained how proud he was of them all and shared the achievement of almost tripling the Section membership numbers over the last couple of years.

The remainder of the evening was spent enjoying a meal and live saxophone music. 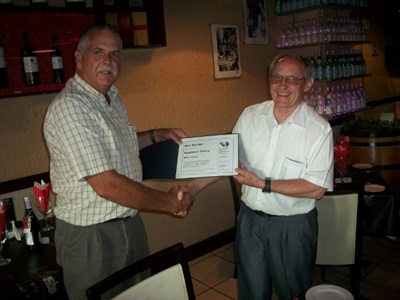 The Connecticut Yankee Section is celebrating its 50th anniversary this year. In honor, members shared a photo and caption from the Section’s very first meeting, held in 1963. 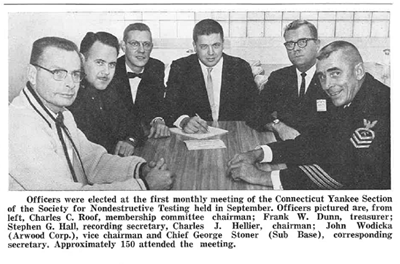