Infrared Shows Its Versatility in Search for Oklahoma Tornado Survivors

After several cities in Oklahoma were devastated by tornadoes this past week, first responders utilized infrared thermography (IR), a method of nondestructive testing, to help locate survivors amidst the destruction. This instance is but one example of the many uses of infrared thermography that transcend its popular depictions, in film and video games, as a tool used strictly in military combat.

Infrared thermography is an extremely powerful technology with a very wide range of applications. In a general sense the infrared camera allows us to detect anomalies. Anomalies are caused by interruptions in a typical field of view, and, in the case of IR are identified by certain characteristic thermal patterns. In search and rescue, the anomalies are most often people who are identified by the thermal differences between their body and their surroundings.

All objects emit infrared radiation as a function of their temperature. Infrared thermography involves the use of special cameras. These detect this infrared radiation, which is beyond the range of the human eye, and displays the data in the form of a picture. This picture is called a “thermal image.” 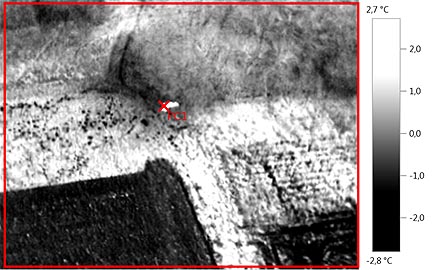 When images return, it may appear as though a subject was “seen through” obstructions. However, unlike x-ray devices (used in Radiographic Testing, or “RT”), thermal imaging technology does not “see through” walls.  It detects the infrared radiation that is present at the surface of the area being studied. And this is very much influenced by the material of which that surface is comprised.

In the case of rescuing a person trapped under building materials or rubble, the camera would detect the person’s body heat that has risen to permeate the materials under which they are trapped. The image that a camera operator may see is not a clear outline of a person, but an anomaly that indicates where someone may be found.

The accuracy of the cameras depends on many factors including the level of sensitivity, which is related to the quality of the detector. Simply put: the more sensitive the camera, the better the image and, not unexpectedly, the more expensive the camera.

Image resolution varies as well. A professional grade camera that would assist in rescue efforts can range from an IR resolution of 320x240 pixels (cost $10-$15K) to 640x480 pixels and above ($20-$50K+). The lower level cameras (not suitable for rescue efforts) that one may find will have resolutions of around 160x120 pixels or lower and may cost less than $5,000.

Although popularized within just the last couple decades, much of what is known of industrial innovations in the infrared and thermal method of nondestructive tested was gathered in the 1940s. The technology, at the time, was primarily used in military applications, such as communications, the guidance of torpedoes, and the detection of soldiers and machinery, ships, and icebergs.

After World War II, IR was used in applications of nondestructive testing such as analyzing temperature distribution in brake shoes, surveying power transmission lines, and detecting overheated components in circuitry. It wasn’t until the 1960s that infrared cameras became commercially accessible, leading to more varied uses, including medical, environmental, and industrial applications.

Today, we use this same technology to investigate the properties of a great many materials ranging from identifying flaws in aerospace materials to medical applications such as thermographic breast cancer screening to examining buildings for energy efficiency. 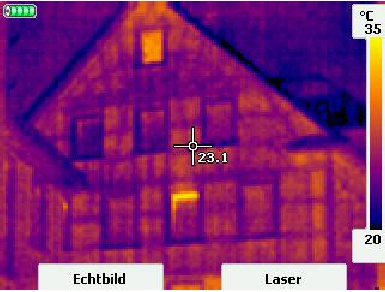 And as the technology has become less expensive, IR’s applications increased and evolved to include search-and-rescue, as well as law enforcement and safety. Firefighters now make use of infrared thermography when responding to fires. The proper cameras can be used in smoke-filled environments to locate people or animals, as well as determine if a wall or door is especially hot.

Recently, IR was used in the search for Dzokhar Tsarnaev, a suspect of the Boston Marathon bombings. Law enforcement officials piloted a helicopter equipped with a forward looking infrared (FLIR) camera to locate Dzohkar hiding in the boat in which he was ultimately detained. 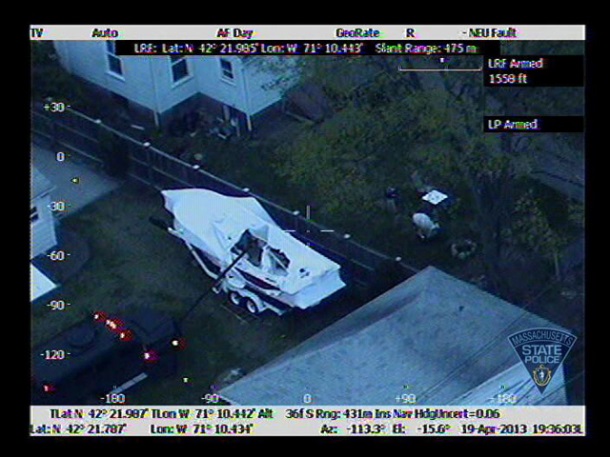 In summary, IR Thermography is a powerful nondestructive test method.  The tools need to be properly matched to the application for which they are being used, and in the hands of a properly trained operator and interpreter. Popular depictions in entertainment are exciting, but often inaccurate and misleading from the viewpoint of one skilled in the art. In real life, the ever improving application of this technology brings greater assistance to life’s challenges as seen in the recently reported search efforts in Massachusetts and Oklahoma.

This article was written with assistance from Terry Clausing of Drysdale & Associates, Inc. Other information referenced from Nondestructive Testing Handbook: Infrared and Thermal Testing, Volume 3.

ASNT works to create a safer world through the promotion of the NDT profession and the application of its technologies.